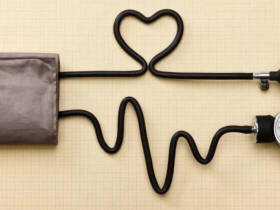 A New (and Welcome) Low

(HealthDay News) — Adjuvanted FLU-v, a broad-spectrum influenza vaccine, is immunogenic, according to a study published online March 10 in the Annals of Internal Medicine.

Olga Pleguezuelos, Ph.D., from SEEK in London, and colleagues compared the safety, immunogenicity, and exploratory efficacy of FLU-v in a randomized, double-blind, placebo-controlled phase 2b trial conducted among 175 healthy adults in the Netherlands. Participants were randomly assigned to receive either a subcutaneous injection of adjuvanted or nonadjuvanted FLU-v (A-FLU-v or NA-FLU-v) or adjuvanted or nonadjuvanted placebo (A-placebo or NA-placebo) in a 2:2:1:1 ratio.

The researchers found that mild-to-moderate injection-site reactions had the highest incidence among adverse events. The difference in the median fold increase in secreted interferon-γ (IFN-γ) was 38.2-fold at day 42 and 25.0-fold at day 180 between A-FLU-v and A-placebo. Comparing A-FLU-v and A-placebo, the differences in median fold increase were 4.5-fold for IFN-γ-producing CD4+ T cells, 4.9-fold for tumor necrosis factor-α (TNF-α), 7.0-fold for interleukin-2 (IL-2), and 1.7-fold for CD107a at day 42. The differences were 2.1-fold for IFN-γ and 5.7-fold for IL-2 at day 180, with no difference seen for TNF-α or CD107a. There were no differences noted between NA-FLU-v and NA-placebo.

“Further development is warranted for a single dose of A-FLU-v to be tested in a phase 3 setting with a larger cohort of vaccinees, where efficacy and safety can be further explored as primary end points,” the authors write.

Two authors disclosed financial ties to SEEK, which developed the vaccine and partially funded the study.

Abstract/Full Text (subscription or payment may be required)