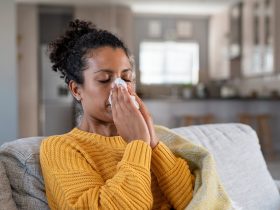 US201 Study: A Phase 2, Randomized Proof-of-Concept Trial of Favipiravir for the Treatment of COVID-19

The last influenza season was a remarkably bad one, dominated by the H2N2 strain and hit senior citizens particularly hard.

A retrospective cohort study involving over 13 million Medicare beneficiaries who received an influenza vaccine during the 2017-2018 season found that vaccines that were cell-based performed better than vaccines that were egg-based.

A Poisson regression was used to assess these 13 million Medicare beneficiaries who were aged 65 and older. Five vaccine formulations were tested on this group during the 2017-2018 flu season. They were as follows:

The last three listed are three-strain.*

Researchers paid close attention to the impact each of these vaccines had against the number of flu-related hospitalizations and emergency room visits as a way of determining performance.

Out of all five vaccines, relative vaccine effectiveness against hospitalizations and emergency visits was highest for cell-based (11 percent) and high-dose (9 percent) vaccines.

Find out more information about these studies here.