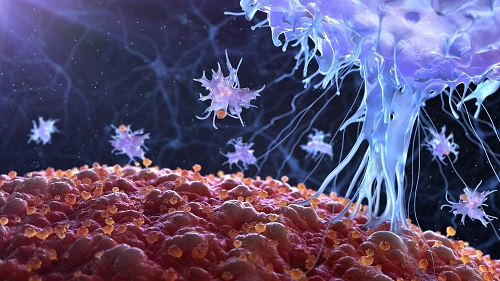 During the 2014/15 influenza season, a clinical study of quadrivalent split influenza vaccination was conducted. Sixty-four volunteers ranging in age from 6 months to 18 years were recruited to study the link between cellular and humoral immune responses.

Except for the production of IL-10, no substantial increase was seen in the primed group. The production of IL-2, IL-4, IL-8, IL-10, G-CSF, MCP-1, TNF-, and IFN- increased one month after the first dosage in seroconverted participants, which was sooner than in the naive group, however, no significant cytokine response was observed in subjects without seroconversion. Those aged more than or equal to 13 were primed, and subjects with seroconversion produced more G-CSF, IL-4, and IL-1. Whole-blood cultures were also activated with the H3N2 split antigen, yielding comparable cytokine profiles. Many cytokines and chemokines, including inflammatory cytokines, were generated in seroconverted individuals but not in non-seroconverted individuals.