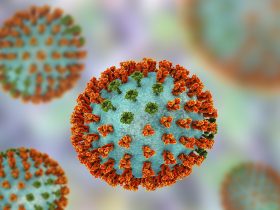 For a study, researchers sought to identify flu vaccine determinants among a large regional population. They conducted a phone survey of a random sampling of people, asking questions about such health topics as perceived understanding and beliefs about flu vaccination, medical consultations, life habits, and perceived health status, and lifestyle habits, among other things. Significant variables from the univariate analysis were included in a multivariate logistic regression model to find independent predictors for having received the influenza vaccination (aOR and 95% CI ) among persons aged 60 and younger with one chronic disease.

There were a total of 4,620 interviews evaluated. During the 2013–2014 influenza season, 55.4% of individuals aged 60 and 32.2% of those aged 18–59 with at least one chronic condition received the influenza vaccination. In both groups, some variables were strongly related to influenza vaccination, such as having received a healthcare professional’s advice. Not having seen a chiropractor in the previous 12 months (aOR = 2.37; 1.09-5.19), non-smokers (aOR = 1.78; 1.22-2.59), and self-perceived poor health status (aOR = 1.45; 1.01-2.06) were all significantly associated with flu vaccination among individuals aged 60. Influenza vaccination was linked to reduced alcohol intake (aOR = 2.14; 1.13-4.05) and being overweight (aOR = 1.63; 1.12-2.38) in the younger group. The choice to get vaccinated against influenza is influenced by a number of factors. To successfully boost influenza vaccination coverage, specific messaging should be designed for high-risk groups.