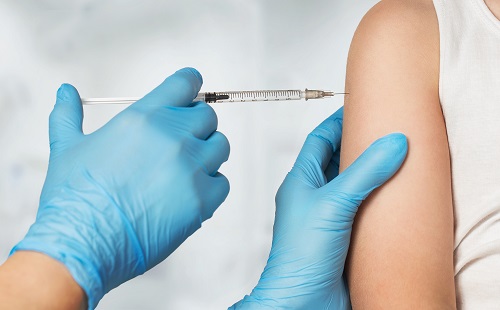 Vaccination is our best defence against severe illness and death caused by influenza viruses. However, immune responses to seasonal influenza vaccinations vary substantially in efficacy across the general population, leaving some individuals susceptible to infection each season, even after being vaccinated. The reason for this variation is mostly unknown.

The microbiota has been increasingly investigated in this context and found to contribute to the inter-individual variance in vaccine responses in mice and humans (1). There are now several lines of evidence that demonstrate a relationship between the gut microbiota and protective antibody responses during vaccination (2). Compelling animal studies have shown that a disrupted microbiome will impair vaccine-induced antibody responses (3–6). Despite this growing body of work, our understanding of whether the microbiome impacts these same immunological processes in humans is surprisingly under-studied. Only a limited number of clinical studies demonstrate correlations between microbiome features and impaired antibody responses (7–10), but mechanistic data is lacking.

Diet plays a substantial role in determining the composition of our microbiome and long-term dietary habits represent one of the most dominant environmental factors that influence gut microbiome composition (11). However, the potential links between dietary patterns of free-living, non-malnourished humans and vaccine responses have not yet been addressed or described. Of particular relevance in this context are dietary components that cannot be digested by the host, but are readily metabolized by resident microbes to support the symbiotic relationship between host and microbes (12, 13) – most importantly the microbial fibre fermentation products, short chain fatty acids (SCFAs) (14). The SCFAs with highest concentration in the healthy human gut are acetate (C2), propionate (C3), and butyrate (C4) (15). The relationship between dietary fibre, SCFAs, and antibody responses has been previously demonstrated to activate B cell metabolism and promote protective antibody responses during infection in a mouse model of Citrobacter rodentium infection (5). Whether dietary fibre similarly influences antibody responses in humans is currently unknown.

To understand the role of diet and the microbiome on antibody responses to the 2016 Trivalent Influenza Vaccine (TIV), Influvac® (Mylan, Illinois, USA) we previously performed and reported on a 6-month observational study on New Zealand adults who received TIV, collecting data on gut microbiota composition, diet, and humoral vaccine response (16) (Australia and New Zealand Clinical Trials Registry number ACTRN1261500 1365550). Here, after conducting ad hoc analyses to assess the impact of dietary fibre intake on TIV-specific humoral immune responses, we identify a correlation between fibre consumption and vaccine responses in individuals who are naïve to previous influenza vaccination. The observed correlation did however not reach statistical significance. Furthermore, in a corresponding animal model of TIV vaccination, we demonstrate that fibre consumption or supplementation with SCFAs can mediate a comparable immunological outcome, indicating that fibre consumption and subsequent production of microbially derived SCFAs can improve TIV-specific humoral immune responses. Taken together, these findings reveal an unappreciated role for a diet rich in fibre in inducing a robust antibody response to seasonal influenza vaccine.