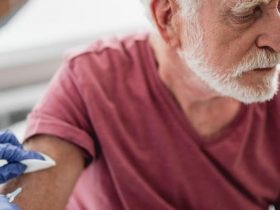 Either Trivalent Flu Vaccine Safe for Use in Seniors

Antibiotics are some of the most frequently prescribed drugs both in high-income and low- and middle-income countries in the outpatient setting [[1], [2], [3]].

Seasonality in antibiotic prescribing in primary care has been described around the world and, in particular, for countries with high annual levels of antibiotic use [1,4,5]. This term refers to variations that occur with a frequency of less than a year, and for antibiotic use, is typically defined by peak values in winter and valley values in summer, mainly driven by penicillins, macrolides, and fluoroquinolones. The seasonal pattern of outpatient antibiotic use is similar to the seasonal fluctuations of the incidence of acute bronchitis, acute upper respiratory tract infections, and acute tonsillitis, and is importantly associated with the change in influenza virus activity in the community [6]. Antibiotic overuse in the community, mainly for treating acute respiratory tract infections (ARTIs), is proposed as one of the main causes of this phenomenon despite most ARTIs are caused by viruses, for which antibiotics have no role in treatment [7].

Since the introduction of the SARS-CoV-2 into the northern hemisphere in January 2020 coinciding with the 2019/2020 respiratory viruses season, a decrease in influenza activity has been reported. Interventions aimed to avoid the spread of SARS-CoV-2, including lockdowns and mandatory use of face masks, among others, are strongly proposed as causes of this beneficial collateral effect [[8], [9], [10], [11], [12]].

Antibiotic use across different healthcare settings has also been significantly influenced by the COVID-19 pandemic, with an effect on antimicrobial resistance that remains unclear. In contrast to the consumption data from hospitals, where antibiotic prescriptions initially increased despite relatively low detected rates of bacterial co-infections in COVID-19 patients [13,14], antibiotic use in primary care dropped. The magnitude of this reduction has ranged between 30 and 40% and has been notably greater for antibiotics primarily used for ARTIs [[15], [16], [17], [18]].

Based on our previously reported sharp decline in antibiotic prescribing in the community setting in our region in the second quarter of 2020 coinciding with the onset of the first wave of the COVID-19 pandemic and national lockdown [15], the objective of the present study was to assess the influence of the emergence of SARS-CoV-2 over time on the seasonal pattern of antibiotic use and its possible association with influenza virus activity in the outpatient setting of Andalusia, the most populated region in Spain.