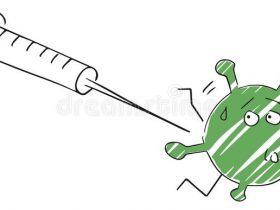 Filarial helminths infect approximately 120 million people worldwide, and remain commonplace in many low and middle income nations despite the existence of effective treatments and detection methods (1). The filarial helminths Wuchereria bancrofti, Brugia malayi and Brugia timori are referred to as lymphatic filariasis and are a significant global health concern (1). It is common for humans to be infected with multiple microbes at any given time, including commensal organisms and chronic or persistent infections. The incidence of concurrent infection with filarial helminths is highly prevalent (2), and therefore it is important to understand their impact on other infections.

Filarial helminths predominantly stimulate Type 2 immune responses in their host, although mixed Type 1 and 2 responses can develop (3). As with other helminth infections, filarial parasites secrete immunosuppressive molecules that impair host immunity in order to maintain a persistent infection (4), and combined with this, the host downregulates its immune responses during chronic infection to avoid severe disease (5). Thus, hosts tend to develop regulatory and modified Type 2 response during chronicity (6, 7). This development of regulatory and Type 2 immunity during chronic filariasis and other helminth infections can influence systemic immunity, including immune responses to third-party antigens such as allergens and concurrent infections (8, 9).

Litomosoides sigmodontis infection of inbred mice is used as a model of human lymphatic filariasis (10), and provides the opportunity to test the impact of filariasis on coinfection. L. sigmodontis infection initially stimulates a Type 2 immune response during the larval and juvenile adult stages. However, similar to human infections, it develops a mixed Type 1 and 2 response as the adult parasites become fully mature and release the transmission stage microfilaria (Mf) into the blood stream, at which point the infection is referred to as patent. L. sigmodontis coinfection has been shown to both protect against and worsen malaria (11–14), protect against Leishmania major (15), increase the severity of LPS-mediated inflammation (16), but has no apparent effect on Mycobacterium tuberculosis infection (17).

Influenza A virus (IAV) infections cause virulent pro-inflammatory immune responses (18) hallmarked by ‘type I’ immunity, interferon production and generation of pro-inflammatory cytokines such as IL-6, TNF-α and IL-1β. These, can lead to extensive airway pathology within days of infection, increasing the severity of disease and incidence of mortality (19–21). Whilst L. sigmodontis can suppress vaccine-induced antibody responses to IAV (22), the impact of filarial co-infection on viral infections, including acute IAV infection, is unknown. We therefore tested whether infection with L. sigmodontis, which resides in the pleural cavity of mice, could affect an acute respiratory challenge with IAV. In particular, we tested the hypothesis that the immune regulatory pathways associated with L. sigmodontis infection would protect against IAV-induced pathology, and that the strongest protection would be seen during patent L. sigmodontis infection.