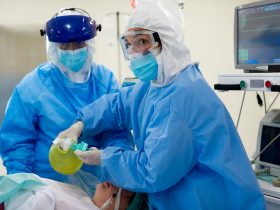 Pregnant women have greater risk from influenza infection than other population groups [1]. They are more likely to be hospitalised due to influenza than non-pregnant women [2–7], especially those with chronic medical conditions [8,9]. Moreover, infants born to women who develop influenza during pregnancy have a higher risk of low five-minute APGAR (appearance, pulse, grimace, activity and respiration) scores [10]. They also have a higher rate of low birth weight [4,5,10]. A recent study showed that influenza infection during pregnancy was not associated with an increased risk of preterm birth (adjusted Hazard Ration (aHR) 1·4, 95% confidence interval (CI) 0·9 to 2·0; p = 0·096) but was associated with an increased risk of late pregnancy loss (aHR 10·7, 95% CI 4·3 to 27·0; p<0·0001) [11].

Since 2012, the World Health Organization (WHO) has recommended annual influenza vaccination for pregnant women [1]. However, not all countries have a national program for influenza immunization. In 2014, only 59% of the 194 WHO Member States had a national influenza immunization policy for general population [12]. The inactivated influenza vaccine (IIV) has been reported to be effective in reducing laboratory-confirmed influenza rates for pregnant women [8–10]. Dabrera et al. [13] reported that the IIV was 71% effective (95% CI: 24–89%) at preventing influenza infection and 64% effective (95% CI: 6–86%) at preventing influenza hospitalisation for pregnant women. Also, evidence showed the vaccine offered immunity to the infant for up to six months after birth and preventing about 30–63% of laboratory-confirmed influenza cases in infants less than six months of age [9].

Despite the WHO recommendations, refusing vaccination during pregnancy is common globally, resulting in a low vaccine coverage rate [14–18]. There are two recommended vaccines during pregnancy including influenza vaccine and Tdap (Tetanus, diphtheria, and pertussis) vaccine. In 2019–20 the United States (US) reported that 61.2% of pregnant women received influenza vaccine, 56.6% received Tdap, and 40.3% received both vaccines [19]. A 2020 expert commentary review reported heterogeneity of coverage globally from less than 10% coverage in Europe, to 50–60% in US, and >95% in Brazil [20].

Questions such as how often pregnant women are being offered the influenza vaccine or how often pregnant women are receiving the influenza vaccine need to be addressed. This review largely focusses on the offer of the vaccine. The aim of the study was to systematically review and thematically synthesise qualitative evidence that explores the views and the experiences of MHCPs involved in the provision of the maternal influenza vaccine worldwide. In addition, we identified and analysed interventions that MHCPs consider feasible to implement to increase vaccination uptake.