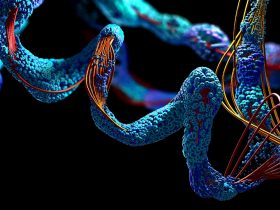 Favipiravir, a nucleoside analog, is active against a broad spectrum of RNA viruses. The drug directly interacts with viral polymerases to inhibit viral RNA transcription without affecting host polymerases. A major advantage of this drug is that it can be orally administered and sustainable serum levels achieved. Over 40 clinical trials for favipiravir have been conducted, and it is licensed in Japan to treat influenza virus that is unresponsive to other agents.

In influenza studies, in vitro treatment with favipiravir leads to inaccurate transcription of the virus, resulting in virus extinction via the accumulation of multiple detrimental mutations. Such “mutational meltdown” means that escape mutants are unlikely to occur and has been demonstrated in both in vitro and in vivo studies with influenza [1, 2]. Importantly, in vivo and in vitro studies with influenza indicate that favipiravir does not select for resistant strains.

Several studies indicate that favipiravir-ribofuranosyl-5’triphosphate (favipiravir-RTP) can be used against SARS-CoV-2. Favipiravir has been shown to inhibit replication of SARS-CoV-2 both in vitro and in a hamster model of infection [3, 4]. The drug binds to the SARS-CoV-2 RNA-dependent RNA polymerase [5–7] and suppresses viral replication by inhibiting the incorporation of natural nucleosides [5]. In vitro studies demonstrate that favipiravir binds to the SARS-CoV-2 polymerase and could mimic adenine and guanine [6], suggesting that its mechanism of action in inhibiting SARS-CoV-2 is analogous to the way it inhibits influenza. In addition, by affecting transcription fidelity, favipiravir appears to act on SARS-CoV-2 by generating mutations that are disadvantageous to the virus, possibly leading to “mutational meltdown,” similar to its activity on influenza [1, 2, 8].

We performed a phase 2 proof-of-concept trial to define the safety and efficacy of favipiravir in hospitalized patients with COVID-19 at 7 US academic medical centers.